Habits are an essential part of your life. They can determine your identity and how successful you become. In addition, your outer circumstances are directly related to the habits you incorporate into your life. But, even though you know these facts, you might still be struggling with certain habits.

For example, you know that exercise is good. If you exercise every day, you will become healthy and avoid diseases like obesity, diabetes, and high blood pressure. Yet you have a hard time sticking to the habit of exercising. Similarly, smokers know that smoking is bad for their health. But still, they cannot seem to quit it, even when they try hard.

Starting a new habit takes time, especially if it requires a lot of change. Some habits seem so big that you know beforehand that you will not be able to stick to them. In his book Atomic Habits, James Clear explains a simple rule called ‘The Two-Minute Rule,’ which allows you to start a new habit by making a minor change at first. With this rule, even the big habits become easier to start.

James says, “Habits are automatic choices that influence the conscious decisions that follow.” It means that a slight change in a habit can change the actions that you take for minutes or hours afterward.

You can do anything in two minutes. It is a short time, and you will not struggle to stick to your new action. For example, you can meditate for two minutes if you want to build a meditation habit. You don’t have to do it for 15-20 minutes from the beginning.

When you try to do too much too soon, you are likely to fail. So begin by doing things for a short time at first. Scale your habit to a two-minute version:

When it is a big habit, it seems impossible to start. If it’s something you have never done before, you will more likely fail at it if you go too big too soon. The reason why the two-minute rule works is that once you’ve started doing the right thing, it is much easier to continue doing it. It will not feel like a big challenge.

“The point is not to do one thing. The point is to master the habit of showing up. The truth is, a habit must be established before it can be improved.”

Do the easy thing first and do it consistently. It will lead you to stick to your new habit.

James says that the two-minute rule can seem like a trick because you know that what you are doing is not your real goal. Instead, it is much bigger. So, you might think that you are trying to fool yourself. For example, you know that reading one page is not going to improve your reading habit.

If you feel like you are trying to force the habit on yourself, you should stop after two minutes. Set a timer if you have to. Do your thing for two minutes and stop when the timer goes off.

It works because when you do something and stop, it becomes your habit, even if you are doing it for a short time. Your goal is to alter your identity. It is to become this type of person. So, even if you only meditate for two minutes every day, you are still a person who meditates.

People struggle a lot with starting new habits. It feels like it is too big of a change. So they try to do too much, and they fail. In addition, they start to believe that they cannot stick to the habit. The two-minute rule is a solution to this problem.

When I started reading books, meditating, and writing, I used this rule (unconsciously), and now they have become my daily habits. I wasn’t aware of the rule when I started these habits. But, after reading Atomic Habits, it resonated with me. So I know it works because I have experienced it too. For example, I used to read only five pages of a book before. Now I read at least twenty pages every day. Similarly, I meditate and write every day.

Changing an old habit and starting a new habit can be difficult as they require you to take action. You have to make a conscious decision to make a change. It might seem too much. But, making a small change will not be difficult. Small things eventually lead to big changes.

Try out the two-minute rule and see if it works for you. It does not exactly have to be two minutes. The idea is to do a smaller (or shorter) version of whatever you want to do. But, remember, you have to do it consistently. Don’t skip it. The goal is to become the person you want to be. 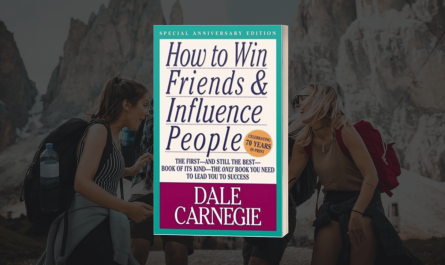 The Best Book Ever Written On Human Communication 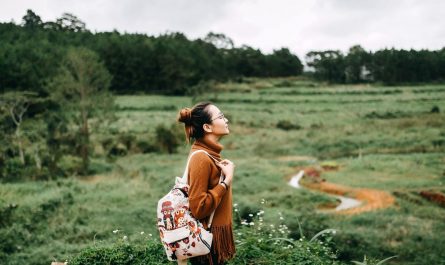 Happiness Is Not The Purpose of Your Life