The Wolf of Wall Street (2013) is a movie based on the life of Jordan Belfort. Director Martin Scorsese and actor Leonardo DiCaprio come together once again to make this historic movie.

Jordan Belfort, played by DiCaprio, starts off his journey on Wall Street by working for this guy, Mark Hanna, played by Matthew McConaughey. Later, in the market crash of 1987,  Mark gets laid off.  After that, Belfort starts his own journey in Wall Street by applying what he learned from working with Mark. He would later become one of the richest stockbrokers of Wall Street.

There’s this scene at the beginning of the movie, in the 8th minute (to be precise). The scene is between the characters of DiCaprio and McConaughey. In an almost 3-hour movie, this 6-minute scene teaches you a lot of things about how the stock market works, what the stockbrokers do, and how the investors act.

This scene is also one of the funniest scenes in the movie. (Fun fact: Most of this scene is improvised by the actors themselves.)

The reason I am writing about this scene is that it could help investors make wise decisions. If you watch the scene, however, the characters are talking about something completely different. It is the viewer’s job to understand the meaning behind it and I am going to explain exactly that. So let’s jump directly into the scene.

First of all, what is with that humming noise and chest-beating? Yeah, that’s one of the improvisations I was talking about. Here’s the story behind it, explained by McConaughey himself. The combination of humming and chest-beating is very funny to watch and although it was an improvisation, it is used again later in the movie by Belfort during one of his speeches. So it really becomes a “thing”.

To be honest, the humming and chest-beating together is quite fun. Try it yourself.

In this scene, McConaughey’s character says a lot of things about how stockbrokers should keep the clients in the cycle and not letting them get out of it. He says that the only responsibility of stockbrokers is to move the money from the clients’ pockets to theirs. Furthermore, he explains that the number 1 rule of wall street is that nobody really knows the movements of the stocks, doesn’t matter if you are Warren Buffett. However, the stockbroker’s job is to convenience the clients that the stocks are likely to move in a certain direction, whether it is upward or downward. Why? Because, if the clients buy/sell the stocks, the broker gets a commission for each transaction. Hence, the use of the word “fugazi”, which means fake.

McConaughey further explains DiCaprio with an example that if a client bought a stock at $8 and now it is at $16 (which is a hundred percent profit), don’t let the client sell it. Let him think that he is getting rich (which he is only on paper). Instead, get him to reinvest in another stock so that he doesn’t leave the cycle and they (the brokers) keep making money on commissions. As a result, the broker gets richer and the client is left in the cycle thinking that he is getting richer as well. In reality, he might lose his money if he stays in the cycle for too long.

The conversation in this scene is from a stockbroker’s perspective. But we are the investors. So even though they are discussing getting rich as stockbrokers here, we, the investors, can learn exactly what we have to avoid.

We are the clients that McConaughey’s character talks about in this scene. A stockbroker’s job is to find buyers and sellers and make the client’s transaction(s). We pay commission to the brokers for providing us that service. But, it should be our decision whether we want to buy a stock, hold it, or sell it. The brokers try to convenience us to buy a certain stock or to sell some other stock. Don’t listen to them. The decision should be ours.

As in the example, if we had bought a stock at $8 and now it is at $16, that is a hundred percent profit. It would be wise to sell the stock and take the profit. If it is a really good stock and you are confident that it has a long-term potential to rise, then maybe hold it instead of selling it right off.

McConaughey himself says that nobody knows if the stock is going to go up or down, least of all, stockbrokers. So don’t be fooled by the broker’s words. Just do your thing. Make your decision.

The wise thing to do would be to analyze the stocks yourself. If you don’t know how to, take advice from other financial analysts or friends who know what they are talking about. Read the news, read about the company, its annual reports, and come to a conclusion. It is your money. Why would you allow someone else to make decisions about it?

Sometimes movies can teach us a lot of things. This movie is great from an entertainment point of view. But this particular scene is not just entertaining but it actually teaches you a valuable lesson – a lesson to avoid the mistake you might be making while buying and selling stocks.

If you have not watched the movie yet, you probably should. This is one of Martin Scorsese’s best movies and one of Leonardo’s best performances. However, be warned about the explicit scenes, language, use of drugs, and alcohol in the movie. 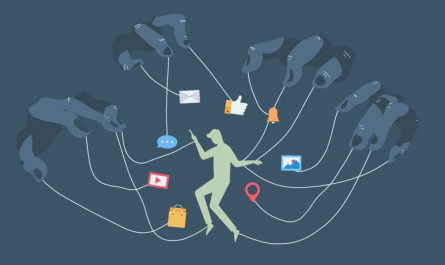 The Social Dilemma — How Social Media Is Manipulating The Human Psychology

How To Invest In the Secondary Stock Market of Nepal?